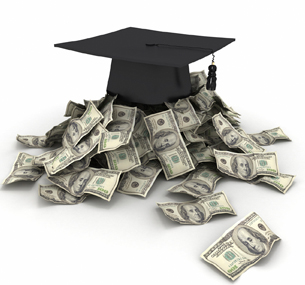 We exist in a profession in which talking about money is gauche. We’re supposed to work because we love it (read this essay on the exploitation built into the concept of “do what you love“) and, of course, our institutions’ financial structures positions tend to be secretive and haphazard.

I believe that silence about money keeps academics from thinking of their work as work. Wanting to be paid fairly for our work is not betraying a higher intellectual calling; rather, being paid fairly is what enables us to pursue our callings.

Here are some recent pieces on this theme. I don’t agree with everything said in all of them, but I’m thrilled the conversation is happening:

The conversation is being driven, appropriately, by people writing about the non-tenure-track and alt-academic careers. They have no choice but to think explicitly about finances, but are still part of a culture that discourages it. That’s why we, as a profession, are so fortunate to have such outstanding alt-academic and post-academic writers.

I start with excellent column by Katie Rose Guest Pryal​ (one of my absolutely favorite Chronicle writers) on “the university as a client” for “freelance academics.” Pryal writes:

It begins with a shift of mindset—from that of employee to that of freelancer. As a freelancer, your institution is just one of your many clients. That means you need to spend your extra time and energy on projects that earn you money and respect outside of one particular institution.

I love the “one of many clients” language for the freelance academic. The relationship may be different for the full-time professor, in that we may have fewer clients, but even so, we can think like a savvy freelancer and benefit from it, as discussed in this next piece.

Pryal’s call was taken up in another Chronicle piece (not by me) on marketing yourself as a freelancer while a tenured professor. The author, a humanities professor writing under the pseudonym “Sam Johnson,” talks about the tenured entrepreneur.

Here’s the line in [Pryal’s] essay that really caught my eye: “If you are a tenure-track professor … and you’ve noticed that higher education might not be able to sustain you either, then I’m also talking to you.”
I came to that exact realization a few years ago, after receiving my last promotion and struggling through several years without so much as a cost-of-living raise. The resulting epiphany has changed the way I look at my work, revitalized my career, and improved my life immeasurably.

Once Johnson realized that their skills – “teaching, training, speaking, writing, editing” – had monetary value, marketing followed, then significant income. The piece writes about making the leap both conceptually and pragmatically, including how one draws boundaries between oneself and one’s main employer.

Meanwhile, “The Tenured Radical” wrote a blog post called “How we make money from books.” She seems to be responding to debates about how stringently to fight for a bigger advance/royalties from academic publishers. Her argument is – don’t. Academic book publishing is structurally designed not to make money for authors in almost all instances (not textbooks), but she’s not saying we should write for love. Rather, books make us money in other ways – i.e. getting jobs, speaking fees, etc. What I like about this piece is that the basic premise – money matters – isn’t in dispute. The question is how to maximize one’s returns, and that’s a fine subject for debate.

One problem in academia is that we valorize certain kinds of money making activities and not others. Clearly, the pseudonymous Chronicle author is concerned that their outside activities might violate a contractual position on secondary employment, even as their wages stagnate and expenses mount. Or maybe, they just don’t want to get criticized for “selling out.” Here’s my advice to artists and intellectuals – sell out. You’ll do better art when your bills are paid.

And it’s not confined to academia – writers of all types have been posting essays on getting paid. I think it’s health. Here’s Jim Hines, an SFF novelist, posts his writing income every year. Ann Bauer, at Salon, talked about the way her writing is supported by her husband’s salary and why it’s essential to be open about that. “Who pays writers” is an anonymous crowd-sourced list of rates from Scratch Magazine. There are others, but that’s a good sampling of the kind of non-academic writing on money that’s out there.

I am a freelance journalist. It took me ages – dozens of essays – to embrace the word freelance, because freelance suggested that I am writing for the money.

I am not writing for money. If I were writing for money, though, that would be fine, as we could use the money. I could recite long list of unimpeachable expenses relating to child and elder care, but I won’t, because frankly if I were writing to make money to make car payments on my HumVee, that would be fine too (seriously people, I do not have a HumVee. I drive a 1997 minivan with 200K miles on it).

I started writing because I thought I had some things to say and I found venues to say them in, almost all unpaid. I finally learned to ask the question, “what is your rate for freelancers.” It turns out that almost all publications have them, they are not negotiable at my level, but they’re mostly fine. And when people say they can’t pay, no matter how interesting, I don’t write for them (I do sometimes allow them to re-publish my blogs).

This has all made it easier to do more writing. I am a disciplined writer because it’s work. I market myself, increasing my visibility, and thus making it possible to land more visible writing gigs. I work harder for $400 essays than for $100 essays (that’s basically the range for me), especially in terms of the research and interviews that lie behind them.

Being paid has helped me invest in my writing – a better phone for interviews and recording conversations. I’m going to buy a better voice recorder soon though. A landline for when I am intereviewed. Cable (I’m reviewing some cable TV shows). Books with relevant information.

Last year I published about 45 essays. I would have had to publish about 350 essays to make anywhere near my current salary (which is very low on the AAUP scale of what professors make).

I am now learning to quote a speaking rate comparable to other journalists, though between you and me, I’m always ready to undercut myself and come talk to anyone who wants to listen. If you have the money, though, you should pay your speakers well.

Again, here’s the principle – Fair pay for work makes it possible to do more and better work, and there’s lots of work that needs doing. Academics need more blunt talk about pay.