My first ever op-ed was published in the Minneapolis/ St. Paul Star Tribune. It was in 2006 and on the use of medieval rhetoric to talk about modern problems in the Middle East, a situation that continues today.

Over the weekend, the Star Tribune published this full-page ad raising the worst kind of fear-mongering about transgendered children. It says:

“A male wants to shower beside your 14-year-old daughter.
Are YOU ok with that?
So, that’s pretty hateful. The context is that the MN high-school sports league is considering passing a transgender inclusion policy, and good for them for doing so. Of course, any attempt to take a step forward like this is immediately met with bigotry.
Here’s a few points.
1) Nowhere does the full-page say “paid advertisement.” That seems unethical. In fact, it seems like they went out of their way to re-format the sports page to fit the ad, as shown here. 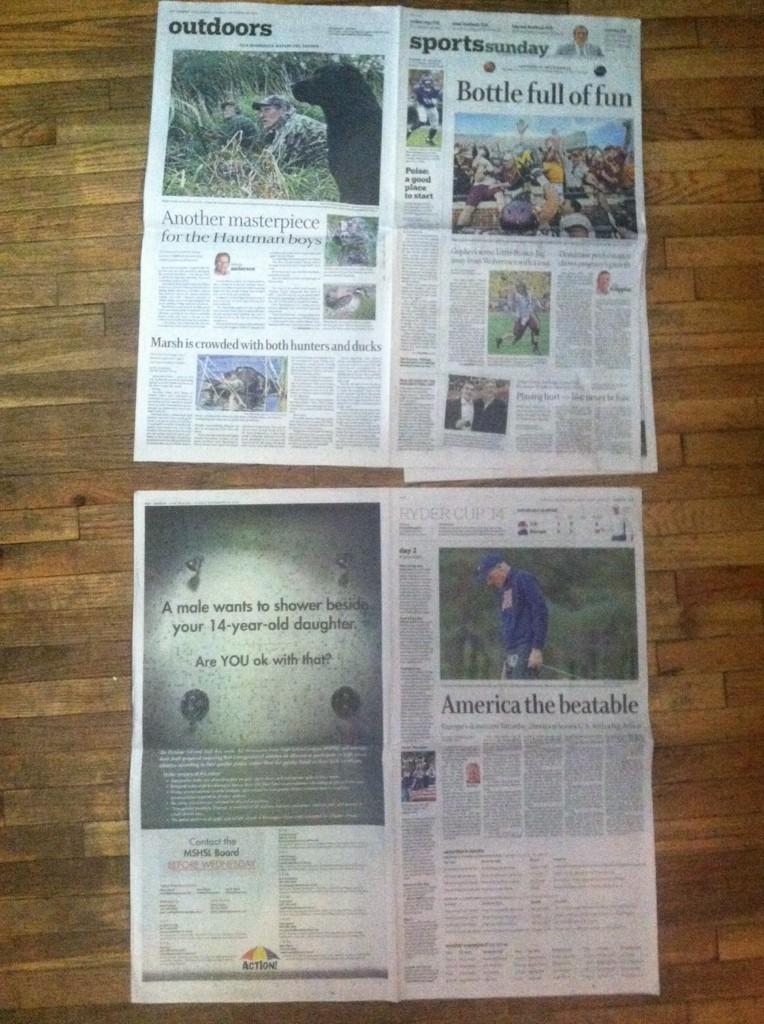 2) More importantly, while I understand that newspapers are broke, the decision to run this kind of bigotry – patriarchal (protect the daughter!) as well as transphobic – speaks poorly of the newspaper. The ad reminds me of this: 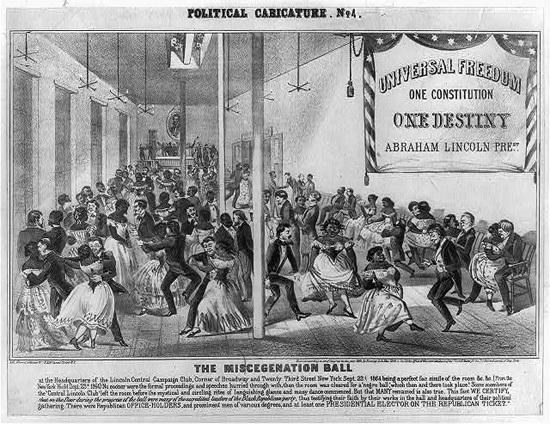 Or any number of other anti-miscegenation propaganda, as stored here on this excellent archive.
It’s long been observed that the anti-gay-marriage arguments mirror the anti-interracial arguments almost exactly (fun site: Can you tell whether these quotes are anti-gay or anti-interracial marriage?).
So congrats, Star Tribune, someday you too may be featured in an archive of bigotry so that we can look back and shake our heads and feel vaguely smugly superior to our ancestors.
Or, perhaps you could decide not to publish transphobic, patriarchal, fear-mongering, hate speech.