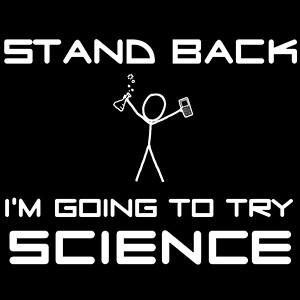 I asked a faculty member at the University of Illinois Urbana-Champaign  whether they thought there was any chance that the chancellor and board might reverse their decision on Steven Salaita (you can read here for my take on the case). Their answer – If the scientists  (i.e. the people with the money) get involved.

So far, to my knowledge, the scientists haven’t really gotten involved.

I maintain that this is an issue of academic freedom and that Salaita is being punished for criticizing Israel, and not for being rude. Academics are rude all the time. They don’t generate well-designed letter-writing campaigns unless they hit a triggering issue. I am taking no position on Salaita’s tweets and their content. I am, instead, saying these things:

Either Salaita’s public speech reflects his identity as a scholar, so must be protected, or it’s the uttering of a private citizen, so then it cannot be considered relevant.


Academics can, of course, cross lines in their personal and professional conduct that would make it impossible or unethical to continue to employ them. When such lines are crossed (and it’s a very high bar), they still merit due process and a chance to respond to accusations made against them.

Steven Salaita was given no such chance. Instead, on a Saturday morning in August, he got a half-page pdf letter emailed to him telling him the job was off (this letter has been made public via FOIA).

If you believe in the principle of academic freedom, then you must extend that principle to those with whom you disagree, or you have no principles.

Here’s my first stab. Scientists, as they know better than anyone, are extremely susceptible to public and political pressure. They may not be writing about Israel (except for archaeologists, who are, and who get plenty of pressure too), but they are writing about climate change, about energy policy, about subjects involving billions and billions of dollars. Have they forgotten the words of VP-Candidate Palin?

“Where does a lot of that earmark money end up anyway? […] You’ve heard about some of these pet projects they really don’t make a whole lot of sense and sometimes these dollars go to projects that have little or nothing to do with the public good. Things like fruit fly research in Paris, France. I kid you not.” – Sarah Palin, 2008.

The same forces that are capable of generating outrage at a Palestinian-American professor are also coming for your science. Palin in 2008 was a warning shot. In 2013, the GOP tried to pass the “High Quality Research Act,” in which Congress would get to choose what kinds of  subjects got funded by the NSF. Lamar Smith and Eric Cantor took to USA Today to tout their bill, mocking, just like Palin, the crazy things that those wacky scientists study. Then in a more formal letter, Smith said he didn’t like studies on the international criminal court, Chinese dairy, or conservation in South America.

Lots of science writers protested and even Obama defended the process of peer review, The bill isn’t getting passed this year. But wait, it will cycle through again, it will appear in state legislatures, it will make its way to Boards of Trustees. Why, they will be asked, are your faculty studying /that/? Why are they wasting taxpayer money on /that/? I suspect it’s already happening, but I lack the examples.

These kinds of political pressures – don’t study gun violence, don’t study conservation, don’t study global warming, don’t study fracking, etc. – are not exactly analogous to the Salaita situation. The tools to defeat these pressures, though, are exactly the same.

There’s lots of money in R1 science. Lots of it. That brings power, but it also brings a kind of attention and oversight that we poor scions of the humanities can mostly avoid. So here’s my thought:

Scientists – do you study something controversial, or just something a few politicians dislike? Do you ever hope to move to a new job? Do you hope to keep getting grant money at your current job?